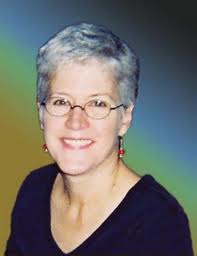 I met Kit Ward when she was an acquiring editor at Little, Brown.  She had just read the manuscript of my novel Tulku, and through my agent she asked me to come in and talk about it.  Needless to say, I jumped at the chance.

I arrived in Kit's cozy Boston office to find a kind, soft-spoken woman only a couple of years older than I.  She liked the novel, she said, and she thought it had promise, but it needed more work.  She spent an hour going through the manuscript with me, showing where she needed more character development, sharper description, braver confrontation of the book's themes.  She spoke in a lovely, soothing voice.  I agreed with her suggestions and promised to work on them.  On my way out, Kit gave me a book.

Three months later, I sent her the revised manuscript.  She liked it and took it to the Acquisitions Committee.  On the day of their meeting, I sat anxiously by the phone, waiting for my agent to call.  I already felt bruised and raw.  Two days before, my father had died suddenly at the age of 62, and my husband and I were about to fly to Texas for his memorial service.

My agent called. "I'm sorry. They said no." He told me he had nowhere else to send my novel. It was over.

The next week, after I was home from Texas, Kit called me.  She had fought for the book, she said.  The sales team had turned it down because they didn't know how to describe it in a single phrase.  It used to be, she told me, that a publishing house like Little, Brown would take on a young author who seemed promising but not a sure bet.  An editor would work with that author over time, helping to grow her talent.  Now those days were gone.  But, Kit said, she still believed in my novel.  Soon she would be leaving Little, Brown to start her own literary agency.  She'd love to represent me. But that would take a few months, and in the meantime, she'd refer me to her friend Millie Marmur.

Millie tried to sell the book, but without success. By the time Kit became my agent, there was really no place else to send it. Kit tried to be encouraging. She suggested I write a memoir about growing up in Silicon Valley as my father started Intel. I wasn't ready for that. I tried to write a few stories, but my heart wasn't in it.  I took the creativity I had poured into my writing and applied it to helping establish the Noyce Foundation instead. I threw myself into math and science education. Kit and I lost touch.

Years later, when I had written Lost in Lexicon and couldn't find an agent for it, I stumbled across Kit's phone number.  Holding my breath, I dialed the number from fifteen years earlier. "Hello, this is Penny Noyce," I said, hoping she would remember me.

"Penny, I was just thinking about you!" Kit exclaimed.

I sent her Lost in Lexicon, a brainy fantasy adventure in a world of words and numbers.  Kit loved it, and though it had been years since she'd last represented a children's book, she took it on.

The year dragged on.  Kit forwarded rejection notices. She told me the editors she had carefully selected, thinking they would love the book as she did, found it too old-fashioned and didactic.  Finally, after a year, her voice full of regret, she told me she couldn't sell the book.  "I think it's a wonderful book," she said. "But I've decided not to take on any more children's books. I don't understand the children's market anymore." And then she asked, "What are you going to do?"

I was going to publish the book myself, I said. And I was going to do it right, with proper editing, design, and art. Kit offered to help me navigate the process.  She introduced me to a friend, Karen Klockner, who served as art director and guided me through the publishing process.

Lost in Lexicon won awards and succeeded in the marketplace so well that Scarletta Press decided to publish a second edition to make it the cornerstone of their new children's line.  George Ward, Kit's husband, supplied the mathematical drawings for both Lost in Lexicon and its sequel, The Ice Castle.

As one small way of thanking Kit for her faith in me during the stuttering years of my writing career, I named a character in The Ice Castle after her. The Kit of the book is a kitchen servant, loyal and industrious and brave. She has a beautiful speaking voice.

Just after Thanksgiving, Kit Ward died suddenly after a brief and catastrophic illness. I'll miss her.  Her voice at the other end of the phone line always left me feeling comforted, encouraged, and uplifted.  I felt a strange guilt when I learned Kit had died of pancreatic cancer, the same disease I gave Great Aunt adelaide at the start of The Ice Castle.

Remembering Kit, I still seek good solid editing for my own writing. At the same time, I've become an editor myself, working with authors over time to polish their work and hone their skills as they write for Tumblehome Learning.  And oddly, after all this time, as I work on adapting for children a biography about my father, I find myself making the book half biography, half memoir. The book is going to be called Do Something Wonderful.  I wish I could show it to Kit.
Posted by Penny at 7:58 AM

First in the Lexicon series

Our company, which creates science activity kits and novels to inspire kids' imaginations

Penny
I'm a doctor, an advocate for public education, a mother of five, and a children's book author. My Lexicon Adventure books are fantasies for thinking readers ages 8-13, and Tumblehome Learning provides kits and novels featuring cool science.

Visit the land of Lexicon